Uganda, Nigeria, Bangladesh, Kenya, India, Gambia and Pakistan. There is no shortage of people, especially children, who really could use a little help. Many Americans don’t know, but millions of African children have been orphaned due to disease and war in their nations. There are so few resources to help them.

They had no one. But now, they have us.

Justin Enderton has focused his energy and resources on helping a number of struggling missions, doing everything in their power to give these children a few of the basics to improve their lives and give them the chance they deserve. He has established the En4orm Reborn Foundation to collect help and send it to these noble and deserving efforts. Donate today>

“For many, around the world, the blessings seem to be a little scant already. They don’t have our freedoms, and therefore, our abundance. We are in a position to reach out and fulfill their needs, and ease their burdens, through our abundance. A hundred dollars a month is not a big deal to an American. Hell, those who live under the poverty level here have televisions, cell phones, refrigerators, warm beds, running water, plenty to eat—and most even have a car. We, in our abundance, can easily share $100 a month to elevate the fortunes of the poor around the world. Do you have any idea what $100 a month would do for a family in Africa? A village in Africa?“ WAKING UP: A Return to Freedom, pg. 122.

“The Lord tested my faith, and called me to go to the African nation of Uganda to help the struggling people there. Uganda has 44 million people, and most of them live in true poverty. No cell phones, or refrigerators or cars—not like American “poverty.” They have almost nothing—including food, clothing, medicine or even water. I discovered a Ugandan Brother in Christ named Kakooza Robert, who runs an Orphanage with 32 children.” Ibid, pg. 124.

“I was very American in my approach to the problem, and sent them some cold hard cash, to help them out a little. I discovered that they needed a parcel of land, and arranged to help them buy it. The only way I could find to send the money was through Western Union. The problem was that Western Union is highly suspicious of African “charities” scamming American bleeding hearts, so despite my due diligence in ensuring that Kakooza Robert and his orphanage were on the level, Western Union refused to send the money after the first few donations. Ibid.

“I wasn’t sure what more I could do to help them, but the Lord gave me an undeniable feeling in my heart that those people had a real need, and there was no excuse for me to sit in my comfy chair in my air conditioned house and ignore their need. I thought about the problem, and decided that it was time to up my game.” Ibid.

“I went online and bought a ticket to Uganda. It’s a good thing I had a passport, because I was in the air within a couple of days. Several hours later I touched down and arranged ground transportation to the orphanage. The level of existence was shocking to me. I couldn’t help but think that these people needed absolutely everything. I also reflected time after time how a small amount of help from we who have so much would go so far in making their lives better. I brought some cash with me, and I checked out the situation, and put the money directly into the hands of the land owner, and the title transferred immediately to the orphanage. Ibid.

“I visited with the children and toured the equator, and met a lot of people. I tried to think of a simpler way to help the orphanage collect funds, and gave Kakooza Robert my PayPal card so that when people donated, he could withdrawal cash easily and without hassle. I also opened a joint bank account with him so I could easily transfer funds I collected directly to him, bank to bank. I diverted some of my rental income to the orphanage, to ensure they had a steady flow of income until donations started coming in from kind people like you as well. Ibid., pg. 125.

I soon discovered needy people in Nigeria, Bangladesh, Kenya, India, Gambia and Pakistan, and set up whatever help I could for them as well. My point is that there is no shortage of people that we can serve—here or abroad. They are all God’s children, and many of their prayers go unanswered until you and I personally answer the call of the Spirit to reach out and touch their lives. The feeling that comes from personally helping someone who is in great need is emotionally and spiritually fulfilling. It is inspiring in ways that I had never understood. Ibid.

We Can Support the Orphanage together

Please join Justin in supporting this Ugandan orphanage. From your abundance, you can make a small donation that will make all the difference to these children. Donate Now>

You can get a FREE copy of Justin’s new book!

Get Justin’s book, WAKING UP: A Return to Freedom. Read his story, and learn about the path to Freedom (proceeds are donated to the Ugandan orphanage). Get Book >

Buy the book, or, get a FREE, autographed copy of the book if you make a contribution of $100 or more to the Ugandan orphanage. Donate! > 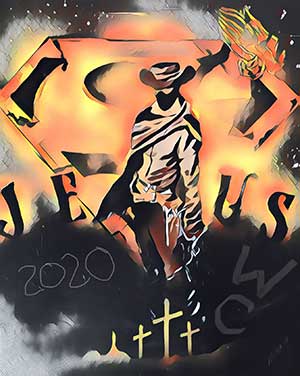 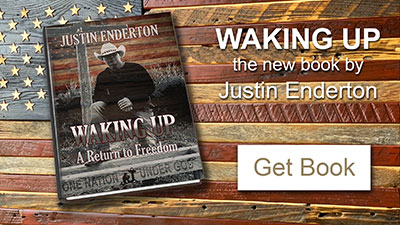 Get the Book. Learn about Justin's journey to discover truth and Return to Freedom!

Read a chapter of Justin’s book! 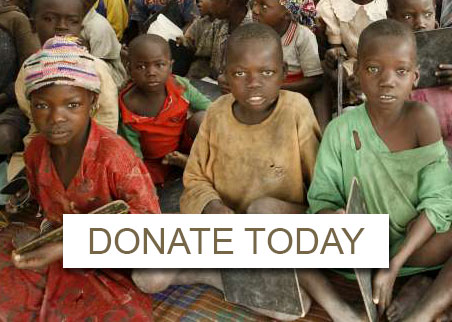 DONATE $100 or more to the orphanage in Uganda and Justin will send you a FREE, autographed copy of his book!